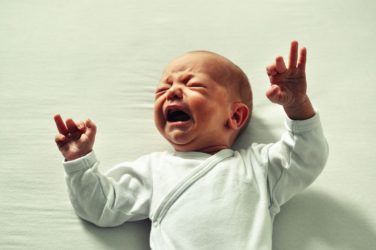 Some insight about gripe water for newborns. Since decades ago, our parent used to give us gripe water when we were very young but when it comes to the question of why infants were given gripe water by our parents or even grandparents, their answer is always a hear-say from close relatives and elderly people. Now, I would like to share you some insight- should we or shouldn’t we administer infant gripe water? Does it have any adverse health effect to the babies?

What is gripe water?

Gripe water is a commercial product, non-prescription to infants and most people believe it can relief colic and some gastrointestinal problem to the babies.

One of the famous brand of gripe water you can find in the market is called Woodward’s Gripe water. It is named after William Harrison Woodward, an English pharmacist who invented gripe water back in the 1851. It was at first to be adopted for treatment of fen fever, a malarial disease outbreak in England back in those days and he was convinced that this prescription can also be used to treat and soothe gastrointestinal problem in babies.

The original ingredients contain 3.6%of alcohol, sugar and other active ingredients such as dill seed oil and sodium bicarbonate. Alcohol and high sugar are believed to have soothing effect to the babies.

Nowadays, the gripe water has become alcohol and sugar free due to the fact that giving alcohol to infant can be extremely dangerous and high sugar content can damage the erupting teeth. Dill seed oil is served as an aromatic carminative especially used for treatment of flatulence in babies. Sodium bicarbonate is used as an antacid to neutralize the acid in the stomach and relief mild intermittent acid re flux in babies.

Gripe water is famous for colic and stomach pain treatment in babies. It is although not considered as drug, it is considered as dietary supplement according to FDA.

What is colic? Colic refers to abdominal pain that causing babies to have excessive crying for more than 3 hours, at least 3 days in a week and can last for as long as 3 weeks. These phenomena often starts when the babies are more than 2 weeks old and will go away when they reach 3-4 months old.

No matter what method you used to soothe your colicky babies, they just cannot stop crying with clenching fist and curling up their leg. It normally happened in the evening time and the time when it happens is usually similar when the colic strikes.

Can gripe water ease colic and able to soothe the babies? In one study, conducted in India in year 2012, the research has found hyper acidity is not the cause of colic, therefore, sodium bicarbonate in the gripe water does not help to reduce the pain caused by colic. The sweet taste may have some soothing effect but some gripe water has no sugar content. Therefore, the gripe water can be used to treat colic is still debatable.

A study involved 335 infants who aged 0-6 months old who were given gripe water at least once a day were put to a test. The result were showing those who administered with gripe water still encounter colic, vomiting and constipation were more significant than those who were exclusively breastfed.

Nowadays, gripe water ingredients have been altered and the manufacturer has added some herbs like peppermint, fennel, ginger, chamomile, cardamom, licorice, cinnamon, clove or lemon balm, depend on type of brand. Some of them do not contain sodium bicarbonate.

These herbs are used to help with babies’ indigestion problem, reduce gas and ease the stomach discomfort. Since gripe water is made of herbal solution, many parents do not mind administer it to their young child. Most product reviews from the parents are mostly positive about the usage of gripe water. However, some still find no difference after administer the gripe water to their infants.

Due to most parent cannot bear to see their newborn child suffers from fussiness and excessive crying due to colic or gas, they will choose to believe gripe water as a home remedy. Since gripe water has been well-known for decades and our grand parent were using them on our parent when they were very young and it does not pose significant adverse health effect to the child.

Is it safe to consume? Nowadays, the gripe water is used to relief gas and stomach discomfort. Not much for the colic treatment. Here are some examples from the parents positive review from Amazon.com.

In fact, I just show you a few examples of product review that it is able to help soothing their baby. There are hundreds of positive reviews but some said there is no difference before and after administer the gripe water. Well, if calculated by percentage, more than 70% of parent still think that gripe water is effective in soothing and calming their child especially for releasing gas and improve hiccups.

Let’s us see some examples of gripe water in the market which have been widely used by many parents.

Example of gripe water in the market that works

Just looking at Amazon.com itself, there are plenty of gripe water brand. Most famous brands are listed here:

WHO recommended woman to breastfeed their infant child exclusively up to six months to achieve optima growth and development of health. Nothing except breast milk shall be given to the child. ONLY breast milk or formula (if breastfeeding is not possible). After reviewing all the facts and figures, one can conclude that gripe water can be used to treat stomach discomfort, gas, hiccups and colic are TRUE for certain babies. Every child is different, there is no single product that works for everyone. Do you agree?

Drop me a comment below how do you think about feeding your child with gripe water. Share your experience with us and your precious view will also beneficial to those who are reading this article.

Table of Contents
1 What is gripe water?
2 Colic
3 Gripe water for newborns, any health benefit?
4 Review from parent
5 Example of gripe water in the market that works
6 Conclusion